Good morning all! You have almost made it to the end of the week!

11 Samuel said to Jesse, “Are all your sons here?” And he said, “There remains yet the youngest, but he is keeping the sheep.” And Samuel said to Jesse, “Send and bring him; for we will not sit down until he comes here.” 12 He sent and brought him in. Now he was ruddy, and had beautiful eyes, and was handsome. The Lord said, “Rise and anoint him; for this is the one.” 13 Then Samuel took the horn of oil, and anointed him in the presence of his brothers; and the spirit of the Lord came mightily upon David from that day forward. Samuel then set out and went to Ramah. 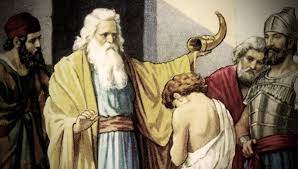 When was the last time you went back and looked at the book of 1 Samuel?  Let me tell you, this Old Testament stuff is pretty interesting.  The stories are pretty incredible.  I call it an older form of reality tv. There is drama.  There is intrigue.  There are surprises.  There are messed up relationships.  There is suspense.  Crazy things happen.  If we were the audience that was reading this story for the first time we would be blown…away….
Samuel anoints David?  What the? Now, I know you want to say, “But Courtney, David is a great and powerful king! David is who wrote songs and went to battle.”  “David took down Goliath.”  Well, friends, this is before allllll of that.  This is when David first appears on the scene and he is nothing but a weak, kinda ugly, teenager!  And he is being anointed by a very well known ruler.  Samuel (he was the kid called in the night remember) had been ruling for a while until God told him to go anoint a new king.  He anoints Saul who is big, bold and beautiful. Turns out Saul is all about himself and is a pretty horrible king.  He rules things horribly and treats people really poorly.  He is not a good king.  So God comes back to Samuel and says, “ok, go find us another one over in that village.”  What Samuel is doing without telling Saul is suuuupppper political, scary and under the radar.  When Samuel shows up, the town trembles.  Samuel finds Jesse and is sure that God will tell him to anoint the next great warrior.  Samuel doesn’t know when he arrives who the new king will be.  At this point in the story it switches into kind of a Cinderella story.  He checks out each of Jesse’s sons.  None of them will do.  Then he asks…is there anyone else?  Well, just the kid tending sheep and he is ugly (it’s all in there…check it out!).  So they bring in David and God says, “this is the one.”
This is the one!  The weeny!  This is the one…the unlikely! This is the one…a kid who will become a great king.  This is the one…not perfect but chosen.  This is the one…..one God can help to shape and mold.  This is the one….the one who will make awful mistakes but will come back to God anyway.  This is the one…..for reals?
This is a crazy story!!  The one anointed (marked by God) is the completely unexpected one.  But that seems to also be a theme in the bible.  The ones called are the ones who seem to be inadequate but with God will change the world.  Moses couldn’t really speak.  David was a warmonger who did some awful things.  Noah was drunk all of the time.  Samuel was a kid.  Jeremiah was super negative. Ruth was a foreigner.  Esther was Jewish in a land where that was unacceptable.   Saul/Paul was persecuting the Jewish people. Mary was an unwed poor teenager.  Jesus was a poor immigrant who was the son of a carpenter.
Are you picking up what I am laying down?  By reading this story of the ill equipped one getting anointed to God’s work, means that I have no excuses.  Just because I don’t think I have what it takes doesn’t mean that I can’t change the world in some form or fashion. 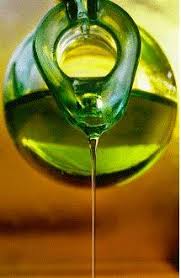 We are anointed. We are called.  What are you called to do to change the world? Is it a smile and recognition of someone today? Is it serving in the world? Is it….? You fill in the blank….
C