Good morning all!  As a reminder, if you know of others who would like to be added to the list, just let me know.  Also, you can pass on my blog to others if they want to check it out.  www.pastorcourt.wordpress.com 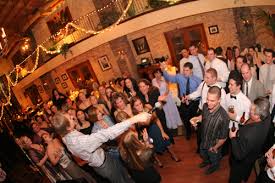 1On the third day there was a wedding in Cana of Galilee, and the mother of Jesus was there. 2Jesus and his disciples had also been invited to the wedding. 3When the wine gave out, the mother of Jesus said to him, “They have no wine.” 4And Jesus said to her, “Woman, what concern is that to you and to me? My hour has not yet come.” 5His mother said to the servants, “Do whatever he tells you.” 6Now standing there were six stone water jars for the Jewish rites of purification, each holding twenty or thirty gallons. 7Jesus said to them, “Fill the jars with water.” And they filled them up to the brim. 8He said to them, “Now draw some out, and take it to the chief steward.” So they took it. 9When the steward tasted the water that had become wine, and did not know where it came from (though the servants who had drawn the water knew), the steward called the bridegroom 10and said to him, “Everyone serves the good wine first, and then the inferior wine after the guests have become drunk. But you have kept the good wine until now.” 11Jesus did this, the first of his signs, in Cana of Galilee, and revealed his glory; and his disciples believed in him.

12After this he went down to Capernaum with his mother, his brothers, and his disciples; and they remained there for a few days.

As I am preparing to write this morning, I made the mistake of turning on my Instant Messaging capabilities on Facebook.  I was sighing with irritation when a dear friend wanted to chat from Michigan.  But I hadn’t talked to her in a while so I responded.  She had made contact because just this morning she wanted to tell me that she and her partner are pregnant with twins! Hooray!  What a lovely way to start Monday morning!  I am so excited that I can hardly stand it.

Then I continued to read scripture on my daily lectionary site and spotted this verse hiding in the gospel in all of its miracle glory.  This is Jesus’ first public miracle and it happens right here in John…after he has been baptized, after he has been claimed by God, he saves the day at a party as his first miracle.  What a great way to begin a ministry!  In this passage, we are reminded that there are so many more implications to Jesus’ public ministry.  He wasn’t sure that this was the time and yet obeyed his mother and stepped up.  He wasn’t sure that this was the place and yet here he is turning water into wine so the party could continue.  We don’t know all of the context but we know that Jesus is doing something different and it’s good.

During this season, while you let go of some other stuff, why not look for ways to celebrate?  Celebrate Jesus’ ministry! Celebrate gathering together! Celebrate ways that we see miracles in our daily lives! Jesus wasn’t public about this particular miracle and yet it made all the difference for people.  What would happen if we saw some ordinary things in our lives as miracles? (perhaps we can count the garden starting to grow…daffodils starting to pop their heads out….green things sprouting….a gentle conversation or a smile from someone unexpected.)

All of that being said, and in my excitement I might be a little rosie this morning, we must acknowledge not everyone is in this space.  I have been accused of being a bit Pollyanna-ish lately…so take into consideration this still may be a dry, dark time for you and that is ok…I have my days heaven knows.  If this is the case today, if you see just one glimmer of light somewhere along the way, celebrate that in whatever way possible.

Yesterday I preached about being a creature of blessing rather than a creature of sin.  Does this mean that I believe we aren’t sinners? No, we definitely sin in this world.  We are called to repent or to turn to God during this season.  That is a big part of the season.  Repent…count it as a miracle.  What I was hoping to take away from yesterday is how we treat each other in this world at our core.  If we can relate to another human being as a fellow blessing in this world, the world will change.  If we treat each other as evil to the core, it cuts off deep relationship and celebrating in each others Godliness because the God that shines through us is one of blessing and love.  Yay for that miracle!