After this Jesus went to the other side of the Sea of Galilee, also called the Sea of Tiberias. A large crowd kept following him, because they saw the signs that he was doing for the sick. Jesus went up the mountain and sat down there with his disciples. Now the Passover, the festival of the Jews, was near. When he looked up and saw a large crowd coming towards him, Jesus said to Philip, “Where are we to buy bread for these people to eat?” He said this to test him, for he himself knew what he was going to do. Philip answered him, “Six months’ wages would not buy enough bread for each of them to get a little.” One of his disciples, Andrew, Simon Peter’s brother, said to him, “There is a boy here who has five barley loaves and two fish. But what are they among so many people?” Jesus said, “Make the people sit down.” Now there was a great deal of grass in the place; so they sat down, about five thousand in all. Then Jesus took the loaves, and when he had given thanks, he distributed them to those who were seated; so also the fish, as much as they wanted. When they were satisfied, he told his disciples, “Gather up the fragments left over, so that nothing may be lost.” So they gathered them up, and from the fragments of the five barley loaves, left by those who had eaten, they filled twelve baskets. When the people saw the sign that he had done, they began to say, “This is indeed the prophet who is to come into the world.” When Jesus realized that they were about to come and take him by force to make him king, he withdrew again to the mountain by himself.

Last night, my parents, youngest brother and girlfriend, oldest brother and wife, grandparents and I all got together to celebrate my grandfather turn 92.  We went out to Mexican food where he was shocked to be given ice cream.  We sang loudly.  And then we went to my grandparents house to celebrate with a few gifts and his favorite cake made by my 90 year old grandma.

So what do you get a man who is turning 92?? My philosophy is to buy him things that are usable now…what else does a man who has spent 92 years on earth need?  This usually means that most of us buy him candy (the man loves his sweets) or rootbeer (a later in life love) or an experience of some sort (tickets to the opera or a baseball game) or a book (he loves to read).  So you bet that he received all these things from us last night.  I brought him a book on fishing.  Grant and Sha brought him sweets and a cool gadget.   Mom and Dad brought him a book that came along with Mariner’s tickets.  But we all started laughing hard when he said, “Well, I better open the surprise and show you all.”  Now, why would we start laughing a this? Because we all know that he has gone out, bought himself something, has wrapped it himself and is ready to open the “surprise.”  Mainly he does this to surprise us on his birthday!

He leans down and opens this…. 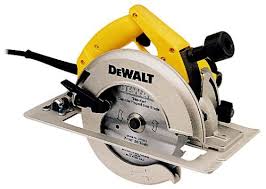 Or at least something like it…I didn’t take a close look on brand or size or dimensions.  What is important here is that the 92 year old bought himself a circular saw for his birthday!  We joked around (with some hint of seriousness) that he should use that only in daylight with supervision…haha….ha…ha…

This was by far my favorite part of the evening.  The evening went on with the famous coconut cake and joy all around.

I have learned many many things from my grandfather.  I am extremely proud to be his granddaughter.  I have learned kindness, compassion and generosity from this man.  I have learned about classical music, reading, and being a great community member. Overall, I have learned what it means to take joy in new experiences even if we are the ones to be surprised on his own birthday.

In the scripture story, Jesus knew exactly what was going on and how they were going to celebrate.  He knew that he would be building community and he does this amazing thing by empowering his disciples to help figure it out.  The Gospel writers who put together John even tells us that Jesus knows whats up.  He crafts this together as a story to unfold but with Jesus basically saying to all, “Here comes the surprise but for you, not me.”  I also get the sense that he is taking great joy by helping to unravel the story.  We know the story well, all of a sudden 5 thousand people are fed on just a few loaves and fishes provided by an unsuspecting character in the plot.  Somehow all are fed and there are even leftovers!  In addition, much like my grandpa, Jesus invites us to live in the moment and to share the joy.  The best gift in this scenario is the community that is built because of something happening right now.  If people had gone home to eat and had walked away, they may not have come back right away and they would have missed this opportunity of creating community in the moment.  A valuable lesson.

Today take a moment to see where community is being built.  Perhaps you won’t need to by a circular saw but make sure to eat with someone today to take in the surprises of the moment.