Today’s scripture: Luke 21:25-36 (Message)“It will seem like all hell has broken loose—sun, moon, stars, earth, sea, in an uproar and everyone all over the world in a panic, the wind knocked out of them by the threat of doom, the powers-that-be quaking.

“And then—then!—they’ll see the Son of Man welcomed in grand style—a glorious welcome! When all this starts to happen, up on your feet. Stand tall with your heads high. Help is on the way!”

He told them a story. “Look at a fig tree. Any tree for that matter. When the leaves begin to show, one look tells you that summer is right around the corner. The same here—when you see these things happen, you know God’s kingdom is about here. Don’t brush this off: I’m not just saying this for some future generation, but for this one, too—these things will happen. Sky and earth will wear out; my words won’t wear out.

“But be on your guard. Don’t let the sharp edge of your expectation get dulled by parties and drinking and shopping. Otherwise, that Day is going to take you by complete surprise, spring on you suddenly like a trap, for it’s going to come on everyone, everywhere, at once. So, whatever you do, don’t go to sleep at the switch. Pray constantly that you will have the strength and wits to make it through everything that’s coming and end up on your feet before the Son of Man.” 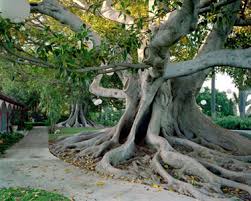 At McMinnville Cooperative Ministries we begin a new series today to coincide with the Sundays of Advent.  We will be rethinking things.  What are we rethinking? Well, we are rethinking what society tells us about certain things and looking at those pieces through the lens of scripture to see what God has to say to us today during Advent.  Mark (my co pastor) and I started planning along these lines when we saw today’s lectionary scripture and noticed they were all apocalyptic texts (meaning texts about the end of the world).  Why in the world, we thought, would the first Sunday of Advent herald these texts?  That seems fearful and dreary!  We want the Christmas carols! We want the joy! We want the shepherds and angels and singing Mary!  But not yet Luke tells us.  In this year of Luke, there are some places we need to go before we can get to Christmas eve.  In fact, we need to wade through messages, prophets and proclamations before we can get to the baby.  At the same time, these texts, turns out, don’t mean what we think in our context.

You see, in my context, when I read these proclamations of God coming again, I start to think towards the Left Behind series and “rapture talk.”  This makes me want to put aside these scriptures. I am a good Methodist who doesn’t go into the deep with the end of the world.  It makes me uncomfortable.  Rapture language makes me uncomfortable because it has been used as a tool of fear towards friends of mine or even to me.  There is a notion out there that if you are not good enough you will be left here for the end of the world which modern society tells us is not pretty. That is scary stuff.  We need to rethink this.

In our biblical context, this is not fear based scripture but one actually chalked full of hope.  Writers in the bible who wrote out scenes of the world ending were actually describing what they saw right then.  Luke knew what it meant for there to be “all hell breaking loose” because he was in the midst of it. Luke witnessed destruction and power.  But to say that God is coming near is not a fearful message but one of hope where God resides with humankind to make change in the world. It is the end of the world but in an optimistic sense, one that tells the readers that God will be around and that is a good thing.  In fact, up until fairly recently this scripture was used to lift up the oppressed to say that God is full of transformation rather than a tool by the majority to strike fear into the minority.  What if we looked at this scripture as one full of hope and soon to be joy? Then it makes sense that it would kick off our Advent season.  People so yearned for this promise that expectancy took on another form, one of active waiting and full of anticipation.  Jesus tells the people in Luke that they must be aware and hold onto their patience without loosing the readiness.  The fig tree is the last tree to sprout leaves in Palestine but it does happen.  The fig tree signifies the end of winter and this message signifies the near ending of suffering.  This rapture is one of hope and promise that God dwells with us.  This changes everything, doesn’t it?  For me it does…it means that today I will look at the world with eyes of hope, not fear as God draws near.  This is the beginning of that. May it be so for you as well. 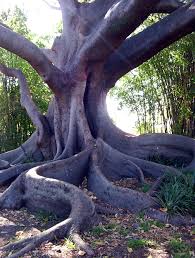 Prayer (by Ted Loder): How silently, how silently, the wondrous gift is given.  I would be silent now, Lord, and expectant….that I may receive the gift I need, so that I may become the gifts others need. Amen.