Good morning all!  Are you still there?

In the sixth month the angel Gabriel was sent by God to a town in Galilee called Nazareth, to a virgin engaged to a man whose name was Joseph, of the house of David. The virgin’s name was Mary. And he came to her and said, “Greetings, favored one! The Lord is with you.” But she was much perplexed by his words and pondered what sort of greeting this might be. The angel said to her, “Do not be afraid, Mary, for you have found favor with God. And now, you will conceive in your womb and bear a son, and you will name him Jesus. He will be great, and will be called the Son of the Most High, and the Lord God will give to him the throne of his ancestor David. He will reign over the house of Jacob forever, and of his kingdom there will be no end.” Mary said to the angel, “How can this be, since I am a virgin?” The angel said to her, “The Holy Spirit will come upon you, and the power of the Most High will overshadow you; therefore the child to be born will be holy; he will be called Son of God. And now, your relative Elizabeth in her old age has also conceived a son; and this is the sixth month for her who was said to be barren. For nothing will be impossible with God.” Then Mary said, “Here am I, the servant of the Lord; let it be with me according to your word.” Then the angel departed from her.

Yeah, I know, it’s a horrible pic but I just couldn’t help myself….If you are on facebook at all this morning, these kinds of comments are all over.  I can’t tell you how many people got up this morning and declared, “we are still here!”  Almost every post or comment is about still being around and the world not ending.  Then when I check my email there are people talking about the end of the world….or there is advertising about still being around and still doing Christmas shopping (even though we have just a few days left until Christmas).  My favorite post of all though comes from my colleague Brad, a pastor in Colorado. He posted that when he was in Guatemala recently he asked a local religious authority about the Mayan’s prediction on the end of the world…the encounter went like this (from his facebook page)….
“He said ‘it is merely the end of something old and the beginning of something new’
‘Like our New Years?’ I asked?
Smiling, he said, “Isn’t that how every day is supposed to be for a Christian?'” 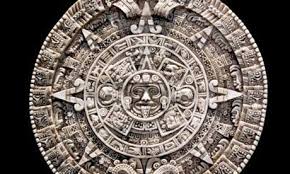 I love it!  This is the perfect response to what we might be feeling as we approach the end of creation.  When our bible stories start talking about Jesus returning and then end of something before us, writers were marking their hope in the midst of turmoil.  In Luke, when Jesus talks about the world ending when the fig tree blossoms, Luke is commenting on the state of affairs at his time and talking about great hope…when the world begins anew with new light, new transformations, and Jesus appearing in our midst.  In Revelation, a commentary on what was happening with the Roman occupation at the time, when Jesus shows up it is with great hope in showing us that God walks with us.  So the world ends over and over again only for new hope.  We should believe that the world ends so something new can happen. 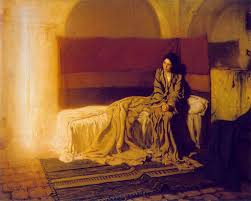 When Mary hears from Gabriel that she is pregnant, as an unwed teenager, by the holy spirit (try explaining that to mom or older fiance) she has to think that her world is ending right then and there.  She is so stunned that she only responds with acceptance at the time.  In fact, she is shocked at first and asks how that could possibly happen.  Her world is ending right then and there.  Her world will never be the same. Creation has shifted beneath her.  And she response with a servant’s heart. Although think about the moments after the angel disappears.  I am sure her world dissolved and it became chaos for her.  But in the end, Jesus is born in her new world. She is part of the new creation.
We are called to live into the new world.  If it were true, if the world were to end today, how would you treat it differently? What would you do? How would you celebrate today? We believe that everyday, the world is ending and tomorrow is a new day…why treat it any differently? You are part of something grand.  And when you have moments of your world ending, where will there be newness along the way? That is our promise…God is here, newness comes out of death every time.
Peace,
Court