Many of the Jews therefore, who had come with Mary and had seen what Jesus did, believed in him. But some of them went to the Pharisees and told them what he had done. So the chief priests and the Pharisees called a meeting of the council, and said, “What are we to do? This man is performing many signs. If we let him go on like this, everyone will believe in him, and the Romans will come and destroy both our holy place and our nation.” But one of them, Caiaphas, who was high priest that year, said to them, “You know nothing at all! You do not understand that it is better for you to have one man die for the people than to have the whole nation destroyed.”He did not say this on his own, but being high priest that year he prophesied that Jesus was about to die for the nation, and not for the nation only, but to gather into one the dispersed children of God. So from that day on they planned to put him to death. Jesus therefore no longer walked about openly among the Jews, but went from there to a town called Ephraim in the region near the wilderness; and he remained there with the disciples. Now the Passover of the Jews was near, and many went up from the country to Jerusalem before the Passover to purify themselves. 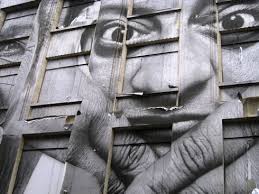 There are people in this world who leave a mark wherever they go.  As you might have guessed by now, I am a TED talk junkie…I have my favorites. I can get lost in the talks for hours if I am not careful. And you know…it is only going to get worse because next Saturday I will be in Portland for an all day TED talk conference put on by Concordia University. I signed up for the all day experience.  I am soooo excited. I am sure I will tell you all about it.
One of my favorite TED talks of all time is this one….
http://www.ted.com/talks/jr_s_ted_prize_wish_use_art_to_turn_the_world_inside_out.html
JR makes a mark wherever he goes and he believes that these marks, his art, will change the world. The art installations are in your face and are others faces many times. They highlight what it means to be human in our world. 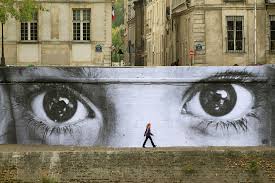 When I heard his TED talk I was moved by what he was doing and on what scale.  These are people and it takes someone else to make us aware of what is going on.  It can change the world…his marks.
There are other people in our lives who make marks in us and they might not be so blatant. There are people who every time we meet them they change our hearts or what it means to be us.  I have some friends like this.  I encounter them and I walk away a different, better person, yet again.  Or there are people in our lives that in one moment they change everything by radically transforming our lives with an encounter.  This would be like the man I was visiting in the hospital one day.  We both knew that he was actively dying. I didn’t know what to say so I asked him, “What would you like to say to me today?” (This is often my go to if I just don’t know what to say or do.  Silence works well too.)
He thought about it for a moment. Grabbed the book on the little table about Lincoln and said, “I would like to give you my last lecture on Lincoln. I have been researching and it would be good to give my last lecture.” He was a history professor at one time in life and still had much to teach. So I sat and listened and asked questions about Lincoln.
I was marked that day and changed.  He left an impression on me that will last forever.  There are some people like that. 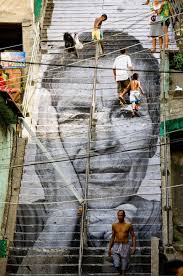 Jesus left a mark wherever he went and it caused a stir as you can see by our scripture above. He has just raised Lazarus from the dead (this is what the higher ups are reacting too). It causes too much of a stir. It causes too much of a mark on the world. This isn’t just healing or teaching. This is raising the dead.  So Jesus has to make some choices to come.  In the Gospel of John, Lazarus raising from the dead was the turning point.  It just got political and Jesus will have to decide what to do.  He has put out too much art to change the world. We are seeing the beginning of the end in our Lenten story.
In the meantime, today think about those who make a mark on you.  Who are those in your life that can’t help but change the world? How might you leave your mark today in the world? It just takes a conversation about something you are passionate about (it doesn’t even have to be about Lincoln). Blessings on your Saturday!
Peace,
Court