Good morning all!  Saturday is here…awww….hope you get to rest and renew.

After Jesus had finished all his sayings in the hearing of the people, he entered Capernaum. A centurion there had a slave whom he valued highly, and who was ill and close to death.  When he heard about Jesus, he sent some Jewish elders to him, asking him to come and heal his slave.  When they came to Jesus, they appealed to him earnestly, saying, “He is worthy of having you do this for him,  for he loves our people, and it is he who built our synagogue for us.”  And Jesus went with them, but when he was not far from the house, the centurion sent friends to say to him, “Lord, do not trouble yourself, for I am not worthy to have you come under my roof;  therefore I did not presume to come to you. But only speak the word, and let my servant be healed.  For I also am a man set under authority, with soldiers under me; and I say to one, ‘Go,’ and he goes, and to another, ‘Come,’ and he comes, and to my slave, ‘Do this,’ and the slave does it.” When Jesus heard this he was amazed at him, and turning to the crowd that followed him, he said, “I tell you, not even in Israel have I found such faith.” When those who had been sent returned to the house, they found the slave in good health. 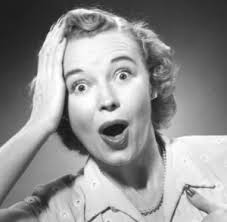 The above story is about the unexpected.  This would have been a shocker for the community of Luke to hear.  They would have talked about it for days….hey, remember that one story? How could Jesus have done THAT? How could have the centurion done THAT? Whoa…..
Let’s break it down a little bit.  A centurion is hired by the Romans to keep the Jewish folk under control.  Essentially he is hired to oppress the people that Jesus is representing.  He looks to Jesus as a Jewish healer, an important role.  On top of that the Jewish folks around Jesus let him know that actually the Roman dude is a good dude.  He has stood up for them.  So before Jesus can make any judgement whatsoever, people are stepping in for the good stuff.  And THEN, not only, does this centurion believe in what Jesus can do, he believes soooo much that he is convinced Jesus can do the healing from afar. That takes a lot of belief, don’t ya think?  Could you believe that Jesus could take care of healing offsite? NOT ONLY THAT (ok, now I am getting excited), this centurion dude is wanting Jesus to heal….HIS SERVANT, whhhhaaattt??  Humility PLUS faith.  I like this guy.  This authority cares deeply for someone who means nothing in this culture. Surprising. Shocking. And of course, Jesus just…heals.  Everyone is now in utter shock. 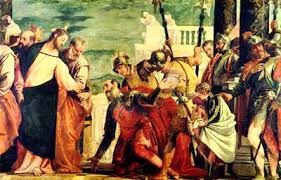 Can we even consider how crazy this is?  Can we even zoom out and think about how God might be unexpected in our scenarios?
I have written this blog since Lent of 2010.  For those of you who have been on this crazy ride with me, you may know by now that I LOVE thinking about God’s unexpected ways in this world.  And I love connecting that to where we might be totally surprised and shocked here.  What does that look like?  Sometimes it is subtle.  Perhaps someone does something that just makes the day….right.  It makes your world better because of that little thing.  Sometimes the unexpected is huge and takes a while to process….wow, that just changed my life.  Sometimes God comes out of nowhere in the form of a person.  Just the right person, just the right time. Or perhaps a scenario.  Whatever it is, it will change your life and make you take a different perspective….what just happened? I can’t just walk around like normal any more.
And those of you who have been on this Lenten ride before know that when I talk about surprise, I usually highlight an “improv everywhere” video.  So I don’t want to disappoint. For those of you who don’t know what that is….Improv Everywhere is a group of people on a mission to cause a scene.  They want you to pay attention to what is going on around us.  They cause delightful scenes in the everyday and it changes the area around them.  They remind is to look up more.  So here is another one of my favorite videos of theirs.  It is highlighted to give you joy this morning and make you think about surprises around you. How could you live into that today? Enjoy….
http://www.youtube.com/watch?v=dLt7jStpv2Y&list=PL55B1BD6F2DDEDF5B&feature=share&index=5