I had dinner with one of my longest and best friends yesterday, Casey.  Casey and I met in middle school.  We were both pretty awkward but we thought we were both pretty awesome.  We were friends from the start and hung out in middle school, high school and then we went to college together.  We were roommates for our freshman year and are still friends…that is just how awesome we are. 🙂  And now Casey is teaching in Salem and I am in McMinnville so we try to get together every now and again to catch up.
For Lent, Casey gave up social media. Casey plans for Lent way ahead of when I plan even.  She is excited to spend a season being intentional.  I gasped when she told me she gave up social media….what? How could you live without facebook on your phone? I couldn’t even fathom.  She told me weeks before Lent began about her plan.  I told her it would be crazy.  She told me she was tired of always having to check and she felt as though she would reach for her phone when she didn’t really want to.  I told her…Good luck but I would not be joining her there.  We would see how she would do.
So last night we sat down and in our catching up I asked about her social media fast. I was inspired.  Casey has realized that her fingers just looked up facebook just because and then she said, “It’s alright to not be looking at all of the pictures. It’s fine to actually be in the grocery store line and watch people instead of my phone. It’s alright to be quiet every once in a while and with myself instead of my phone. It is great to connect to my friends who connect to me not on facebook…they might be my real friends….It’s fine to find space.”  I told her she would appear on the blog soon…little did she know it would be the next day (Hey Casey!).  I left really inspired by this move.  Casey is finding the spiritual in being without the superficial connection.  Just being. 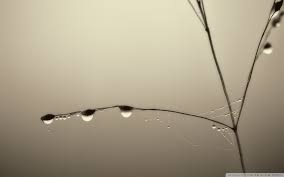 By the way, if you were wondering, I didn’t check facebook or my phone until the end of our dinner when we both checked the time…..but it is true, I have a hard time with this.  With just being.  With finding silence to reflect.  With disconnecting from social media to be in the moment.  I realize this.  So this morning I veered from the lectionary to find a scripture (one of my favs) about God showing up not in the people or in the noise, but in the stillness.  Because I don’t know about you but I am thinking that perhaps I need a little more of that.  Elijah is on the run from many things and is processing many things.  So Elijah hides out and looks for God.   God doesn’t show up in fires or storms. God doesn’t show up in the whirlwind this time.  God doesn’t show up with fanfare but in sheer stillness.  God surprises us again.  Sometimes God shows up when we are still and not running and not connected but just…..there. There are not enough pockets of stillness in our world.  We tend to run over them or fill them or use them.  What if you were to find a place to just…be…today?  Where is that for you?  What would that look like?  What if we all went on a social media fast today?  What do you think?
There is a book out in the world called Quiet by Susan Cain.  It is about the world’s introverts.  I am not an introvert but I am around quite a few of them so I read the book.  It is a great insight into how our world doesn’t always allow for the silence.  Susan Cain also gave a TED talk about this….
http://www.ted.com/talks/susan_cain_the_power_of_introverts
And while I didn’t relish in the fact that someone finally got me I did appreciate that we don’t do silence or moments of stillness well.  It has really caused me to try to create that space in worship and in life….still a work in progress.
So today…find a place where you might meet God in stillness.  If you are like me, it might get uncomfortable and it might be tempting to pick up the phone to call someone but I am going to try…stillness…space…being…
Good luck!
Court