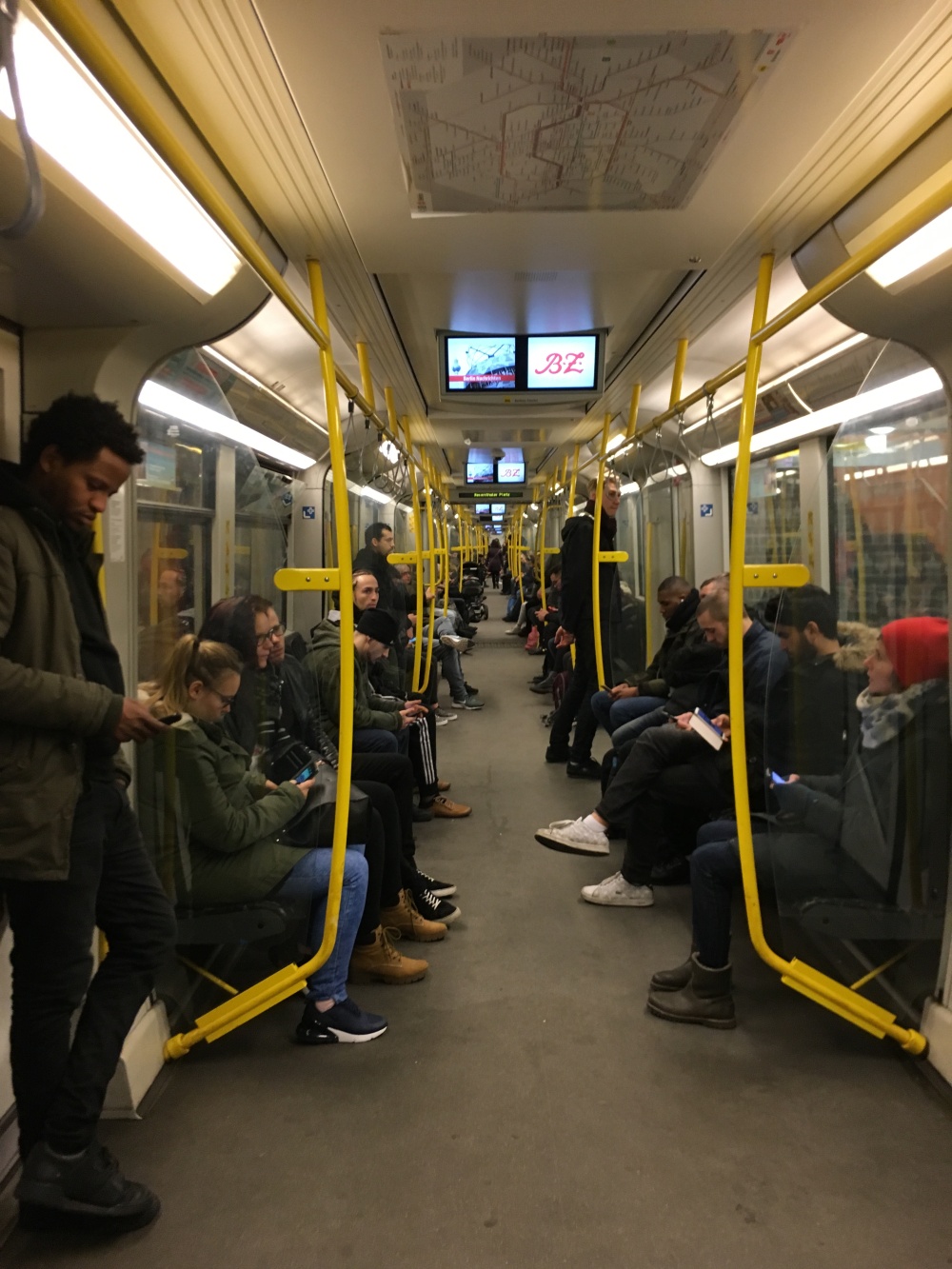 For the first time in my adult life (besides the 5 or so months I lived in Ireland in college and a semester of Chicago time) I am living fully without a car.  It doesn’t make sense here in this city. The public transit is really great and if we had a car we would have to figure out where to park the car and deal with the car.  A couple of our friends recently started living with a car and when we went to meet them they were at least 15 minutes late because they had to park the car. They had arrived on time and would have definitely arrived on time without the car.  Most of our people here are sans car.  It would be a rarity if they drove around.

For me this has been a shift in how to get around, how to plan time and the amount of time I spend getting to where I am going by UBahn, bus or foot. I walk at least triple the amount that I did when living in the states on a daily basis.  It also means that I am much more intentional about where I am going and what needs to be done on the way or when I come back home. I am not as frivolous about which trips I take out of our flat. There are days when I think, “I could just drive there and this would be so much easier.” But most of the time I enjoy the journey.

Daily I walk all over the place. I usually walk to and from this latest German school. It’s a 25 minute walk or 20 minutes to deal with the bus, or 5 bus stops away. I ride on the UBahn (our subway system) multiple times a week and I hop on the bus multiple times a week depending on where I need to head.  The people watching is fantastic whichever mode of transport.

The other day Ana and I were riding the bus and just marveling at the stories we could tell from just that one ride (blog fodder for another day).  We laughed on our walk all the way home from the bus.  On Tuesday Ana and I needed to run some errands and as we stopped at one bus stop in a neighborhood not too far away I saw out of the corner of my eye a woman running with a stroller. It is not uncommon to see people running for the bus.  But what I noticed from her was that her mouth was in a wide smile.  She was just jogging to get on the bus but was definitely not angsty about it. It looked as though she was enjoying the jog on her way.  She got on the bus with her stroller (and kiddo inside who was cooing to her smile) and she smiled wider (I didn’t think it possible) and took a deep breath. She made it.  It was as though light came with her. I had to smile too.

This morning as I walked to the bus because of the pouring rain, I looked to my right to see a dad and his kiddo both on bikes. They were riding along. The dad looked nonchalant and determined on the way. The kid was pedaling away and sobbing the entire time. This was as if it was just normal to be crying along while accomplishing the task. My heart leapt out to this kiddo in his rough morning.  As I got on the bus, there were people who looked determined that this day was not to be ideal.  A baby was screaming and instead of smiles back, she received just a look from the one pushing the stroller.  A very different experience.  A few minutes later, the bus would get stuck, we all were asked to get off and I walked the rest of the way.  I had to dodge bikes and a traffic jam, and even though I left with plenty of time, I arrived late to class.

It struck me that those two approaches…the glimmering smile or the sobbing ride…are both feelings in approaching the situation oh so well.  There are days when I feel both so clearly and fully. Of course, days in between but I want to strive for the easy smile and the welcome jog rather than the sobbing as I pedal on (although this is an intimately known approach as well and some days are just that….days). But perhaps when I get on the UBahn in just a few minutes, I could approach my journey in a helpful way. 🙂