Good morning! I am up early and ready to go because it is TEDx day!  A day of TED talks coming!

Today’s scripture: Luke 22:1-13
Now the festival of Unleavened Bread, which is called the Passover, was near. The chief priests and the scribes were looking for a way to put Jesus to death, for they were afraid of the people.Then Satan entered into Judas called Iscariot, who was one of the twelve; he went away and conferred with the chief priests and officers of the temple police about how he might betray him to them. They were greatly pleased and agreed to give him money. So he consented and began to look for an opportunity to betray him to them when no crowd was present. Then came the day of Unleavened Bread, on which the Passover lamb had to be sacrificed. So Jesus sent Peter and John, saying, ‘Go and prepare the Passover meal for us that we may eat it.’ They asked him, ‘Where do you want us to make preparations for it?’ ‘Listen,’ he said to them, ‘when you have entered the city, a man carrying a jar of water will meet you; follow him into the house he enters and say to the owner of the house, “The teacher asks you, ‘Where is the guest room, where I may eat the Passover with my disciples?’ ” He will show you a large room upstairs, already furnished. Make preparations for us there.’ So they went and found everything as he had told them; and they prepared the Passover meal. 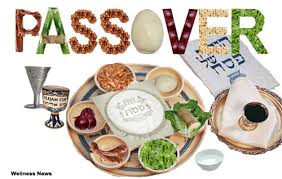 As we enter the story at the time of Passover I thought perhaps we should know a little about it.  The whole holy week story is around this time.  We will be looking at the story of eating the Passover meal on Thursday but right now we are prepping for it.  So what is this who Passover thing?
Passover is the Festival of Freedom. It takes places in the larger scheme of festivals…see this chart…

And in Passover everything is to remind the Jewish people of how God created freedom for us. It is an eight day festival around this time and it is about how the Israelites left slavery in Egypt. We relive true freedom by our ancestors.  Many of us have heard about the meal that goes with Passover.
Ok, while I could go on and on this site does a much better job of laying it all out if you are interested…
http://www.chabad.org/holidays/passover/pesach_cdo/aid/871715/jewish/What-Is-Passover.htm
It is a go to site for me to learn about Jewish traditions.  When I lived in Corvallis, I became friends with the Rabbi in town.  Benjamin and I had many conversations and one day he called and said, “could you hold my leavened products? Actually could you buy them for one dollar?”  So it started a conversation about Passover.  He brought over a contract saying that I would buy his products for a dollar and he would buy them back after Passover.  At his house, he boxed up everything and I owned it for that time. I joked that I would come over and grab a few things if I needed them.
For me, the meaning of all of this is that we are prepping big time.  We will celebrate a feast of freedom and yet the comes the story that Jesus will die because of politics.  It is all connected and we are all connected. It behooves us to be informed about our Jewish (and other religious) brothers and sisters so that we might have more to connect to than to separate us.  Without our Jewish connections, there would be no Christianity. Jesus was Jewish, never Christian.
Do you know these roots? Maybe it is a day of research!  🙂 Enjoy!
Peace,
Court