Today’s scripture: Luke 19:28-40 After he had said this, he went on ahead, going up to Jerusalem. When he had come near Bethphage and Bethany, at the place called the Mount of Olives, he sent two of the disciples, saying, “Go into the village ahead of you, and as you enter it you will find tied there a colt that has never been ridden. Untie it and bring it here. If anyone asks you, ‘Why are you untying it?’ just say this, ‘The Lord needs it.’” So those who were sent departed and found it as he had told them. As they were untying the colt, its owners asked them, “Why are you untying the colt?” They said, “The Lord needs it.” Then they brought it to Jesus; and after throwing their cloaks on the colt, they set Jesus on it. As he rode along, people kept spreading their cloaks on the road. As he was now approaching the path down from the Mount of Olives, the whole multitude of the disciples began to praise God joyfully with a loud voice for all the deeds of power that they had seen, saying, “Blessed is the king who comes in the name of the Lord! Peace in heaven, and glory in the highest heaven!” Some of the Pharisees in the crowd said to him, “Teacher, order your disciples to stop.” He answered, “I tell you, if these were silent, the stones would shout out.”

So today is what we call Palm and Passion Sunday. This is the day that we tell the story of the week in the church.  Really we should just be focusing on the Palm part of the deal (and we will in the blog) because the story will unravel during the week but churches have decided to throw in the rest of the Passion story because we know that people don’t show up for all of the services.  It is mighty tempting to jump from the celebration of the Palms (or the coats in Luke’s Gospel) to Resurrection and not deal with the stuff in between.  So we, even at the church I serve, smush it all in to one Sunday.  Today we will start the service with Hosannas and end the service in death.

But to back up for just a moment, the processional is about political revolution.  Things are changing.  People are hopeful that this new king will be taking reign. And in typical Jesus fashion, it is not happening the way people thought it might. He rides in on a donkey, not a horse. People lay down their coats as they would for a king but it is not royalty….it is the regular people.  In fact, I love Luke’s Gospel because some people try to tell Jesus to quiet the others yelling out and he tells them that even the stones would shout out if they did not.  He is also imagining true revolution.

Marcus Borg talks about that he even imagines that there is another processional across town for the approaching Pilate…which is entirely possible.  So we have Jesus, the rabbi, processing at the same time as Pilate for political protest. whoa.  And here we wave our Palms and then sit down…this was a kinda big deal and for the marginalized and the poor.  There was something changing in the air. This would really put Jesus as a target. 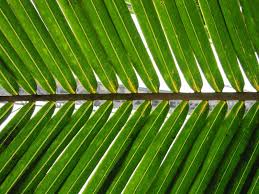 This whole idea of revolution is an interesting one.  As many of you know I was at this conference all day yesterday called TEDx.  TED stands for Technology, Entertainment and Design.  The idea is for these talks to be less than 20 minutes and they are to inspire people with ideas.  So Betty and I went and between 8am and 4pm we got to hear 15 talks.  In between the talks there were actions to take, food to eat, people to meet, and other things to do…like bicycle race on stationary bikes or write on chalkboards.  We both walked away completely exhausted from brain overload but also really inspired.  I took notes galore so you will be hearing about it quite a bit if you are in my life regularly. 🙂
What was interesting to me was the amount of talk of different revolutions happening. Many of the speakers are just in the world working in amazing non profits or in the world working to change the world in some way.  We kept hearing about how roller derby is a revolution or art creates revolution or collaboration will be a new revolution of how we work.  Each speaker was amazing in their own way…some more amazing to me than others…but I was taken by this want to change, to cause revolution.  And what caught me by pleasant surprise was that the revolutions happening are happening more like Jesus…from the bottom up, with all sorts of people, for people and homegrown…rather than Pilate way…top down, for power, etc.  I want to be a part of the first type of revolution. This is the place of collaboration and working with people and for people. This is inspiring and something worth shouting out for and if I don’t the stones well.
Something to think on today as well wave our Palms and prepare for next steps.  Peace friends.
Court