Good morning! Can you believe we are here already?

Today’s scripture: John 1:1-18 (NRSV)
In the beginning was the Word, and the Word was with God, and the Word was God. He was in the beginning with God. All things came into being through him, and without him not one thing came into being. What has come into being in him was life, and the life was the light of all people.The light shines in the darkness, and the darkness did not overcome it.There was a man sent from God, whose name was John.  He came as a witness to testify to the light, so that all might believe through him. He himself was not the light, but he came to testify to the light.  The true light, which enlightens everyone, was coming into the world.

He was in the world, and the world came into being through him; yet the world did not know him. He came to what was his own, and his own people did not accept him.  But to all who received him, who believed in his name, he gave power to become children of God, who were born, not of blood or of the will of the flesh or of the will of man, but of God.

And the Word became flesh and lived among us, and we have seen his glory, the glory as of a father’s only son,full of grace and truth. (John testified to him and cried out, “This was he of whom I said, ‘He who comes after me ranks ahead of me because he was before me.’”) From his fullness we have all received, grace upon grace. The law indeed was given through Moses; grace and truth came through Jesus Christ.  No one has ever seen God. It is God the only Son, who is close to the Father’s heart,who has made him known. 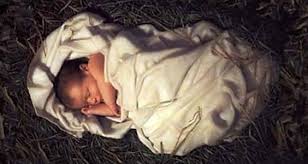 This morning at the CoOp we are talking about a different kind of birth narrative on this fourth Sunday.  Usually this scripture comes up as the first Sunday of Christmas but in Narrative Lectionary we take the leap now to John.  Instead of the shepherds and the angels and Mary and Joseph in the manger (don’t worry we will get there on Tuesday) John brings us into the story of Jesus by telling  us that the word became flesh and dwelt among us.  How powerful!  Jesus is born with light and word.  God communicates with us. Sings the word into being and God walks with us.  A new way to communicate with humankind.

I won’t spend too much time on it but what an incredible piece of poetry!  What a lovely way to celebrate Advent with God coming into the world as light and Word and dwelling with us.

Yesterday was Winter Solstice.  The light is returning incrementally but coming back to us.  The light overcomes the darkness.  The light enters the world…..

So this morning, ruminate on the light returning to us.  Marinate in the truth that God would sing us into being and at the same time dwell with us.

What does it mean for the light to come into the world this morning?