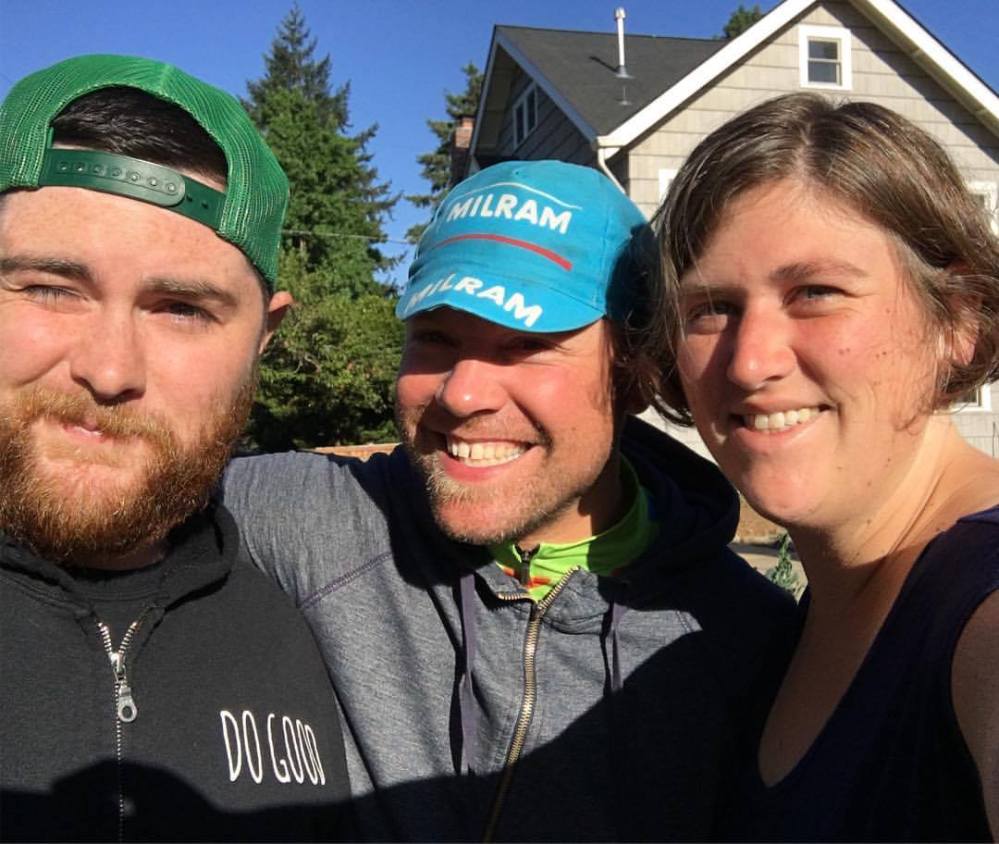 In 2015, I moved from McMinnville, OR to NE Portland to serve as the pastor at Rose City Park United Methodist Church.  I inherited a church with a whole host of issues that I hadn’t quite discovered yet but I could feel all around me but I also came to the church unabashedly passionate about housing people.  I had come from a church in which I had helped to accidentally start a tent city on the property that the church had backed with their whole hearts.  We had learned about how to equip people to be more successful in the world that started with giving people a place of their own and branched into communication differences, how to talk about class differences and what mistakes people had made in the past, addiction and a whole range of other conversations.  This is where I found my place to be, with the houseless population. I had a fire in my belly that just continued to grow as I learned more about this ministry.  I couldn’t help myself but fight for those who just couldn’t fight for a location.

I started to meet people in this ministry in Portland as well and one of those people, a pastor downtown, had started a houseless ministry for houseless veterans with a guy who also had a fire in his belly named Chris.  Chris was a veteran himself who felt the call to the houseless so deeply and acutely that it brought tears to his eyes every time he talked about it.

Our mutual friend put us in contact with one another because Chris was looking for more spaces to play out his non profit and house homeless veterans and I had just inherited a large building with spaces that this could potentially play out in.  When resources match with passions, driven people and creative endeavors…well, amazing things can happen.

Chris and I met up for coffee, another passion for us both, and we immediately hit it off.  We talked big ideas and small details and I think in that moment we knew that we were kindreds with one another on the same path in this crazy world.  We match with our visions and our get it done kind of attitudes plus we have similar views when it comes to working with people….each person deserves respect, a voice, all the best things we can give them and our answer starts with yes, not no.  If we can do it and make it happen, we will.  After talking with the church, we were off. Chris moved into an office right next to mine and we set out on figuring out space, how to live into the codes set by the city, and how to best treat the people coming into the space.  Plus we both committed to being good neighbors to the neighborhood….essential when taking on houseless ministry.  Chris and I both, also, were committed to living in the neighborhood. I was living in the parsonage next door and Chris was living just a few blocks away.

But on top of all of this, Chris and I became dear and true friends.  We spent so much time talking about our hearts, what was happening in our lives, and what we dreamed of.  Chris is a genuine person who speaks truth and lives off of the principle of love.  Chris cares so deeply for his people but also is quick to move to the next idea if he can pull it off.  Chris is passionate about what he is doing in the world..there is no doubt that he has a call that is bigger than we can imagine but he can see it so clearly.  Chris is a good friend and when I left on the Camino he committed to praying every Monday for me on my journey.  I committed the same to him when he took on biking long distances to raise money for Do Good Multnomah, the non profit that emerged out of our big dreams.  I don’t know about him but I still spend intentional time each Monday to pray for my dear friend who is doing so much for so many and sometimes forgets to also take care of himself in the mix.

The minute you meet this man, you can see his heart and passion.  He loves his family, his pup and coffee. Chris loves to bike and bike long distances. He is passionate about getting individuals into housing and allowing them to actually thrive in life.  He is also passionate about treating everyone with respect and expecting the good to come from them.  He is taking on housing in Portland while still running a great business model that includes equality and respect for his employees while still offering great care to each individual that comes into his programs.  And it is working.  At all times while I was on the board, we were seeing that 90 percent of the people who came into the programs at Do Good were actually getting into housing and staying in housing…in other words, it was all working well.  The secret? Each individual is treated as a whole individual with their own needs, wants, desires, faults, etc.

And as always, just the tip of the iceberg.

This is a cool video about what I am talking about…